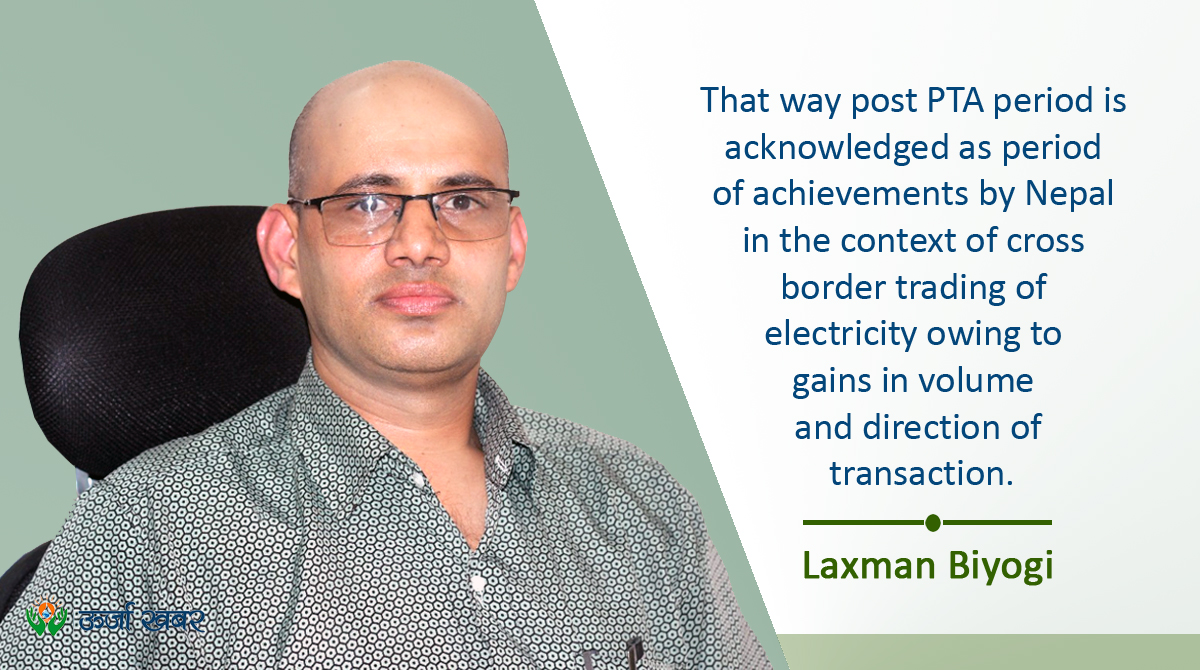 Generation and use of electricity heralded in Nepal during the time of Rana Prime Minister Chandra Shamsher after the 500 kW Farping hydroelectric power plant was constructed and commissioned in 1911 AD. Although, this first use of electricity was limited to palaces of ruling Ranas, royalties and their relatives, this event is accounted as the beginning of the age of electricity use in Nepal. While Farping power house was illuminating limited affluent class households within Kathmandu valley, rest of Nepal had to manage with natural light or the oil lamps. Sorry to mention that this situation still prevails in remote parts of the country.

During forties of twentieth century i.e. the last decade of Rana regime, once again discussions started for construction of electricity generation projects. Around the same time, Vijay Shamsher, son of last Rana Prime Minister Mohan Shamsher had returned Nepal after studying Geology in Europe. In 1946 AD, Vijay Shamsher submitted his proposal to his father and Prime Minister Mohan Shamsher for generating 22 MW electricity by constructing a dam in Kaligandaki River at a location little upstream of current religious site Devghat. Mohan Shamsher also agreed to this proposal. Calculated per kWh (unit) cost of electricity so generated was 6 paisa.  Since British rulers in India were the real power source of Ranas, Mohan Shamsher briefed the scheme of electricity generation at Devghat to British rulers of India.

British rulers suggested that British India could help Neal by supplying electricity at a rate of 3 paisa per unit so there is no sense in investing for such costly electricity by Nepal. Nepal should rather invest this money in some another program. The then Nepalese government headed by Prime Minister Mohan Shamsher did not counter argue and convinced with the suggestion of British rulers of India, dropped the idea of developing Devghat Hydropower plant as Vijay Shamsher’ s dream project.

So choosing to purchase electricity from India compared to in-country generation became a 75 years old idea for Nepal. There are no records if any electricity was purchased from India after this event but considering the history of development of transmission and distribution infrastructure, there could not have been any import of electricity from India immediately after dropping the power generation plan at Devghat. Nepal started importing electricity from India around 1966 AD after the Kosi Agreement was inked and construction of Kosi project commenced but exact quantum of import and price of this first import is not available in records. But there are historical records that Nepal was importing 5 MW from India in 1970 AD.  Thus Nepal and India started bilateral transaction of electricity during seventh decade of twentieth century although for very long time the transaction was unidirectional towards Nepal. Nepal had compulsion to purchase due to a decision taken in 1946 AD and remained as net importer.

State has the obligation of lighting the houses of citizens even if the target of generating electricity within country is not met and hence import of electricity has remained a compulsion for Nepal. Quantified impact of this import of electricity in the socio-economic sector is a subject of study. Likewise Nepal; Bhutan, Bangladesh and Myanmar that also have common borders with India are also transacting electricity with India. Nepal and Bangladesh are net importers whereas Bhutan exports around 1700 MW to India during the Wet season.

During sixties of twentieth century, 11 k V and 33 k V lines in the border points of Bihar State were extended to bordering  Nepalese towns and Nepal started import of electricity from these nearest Indian points. Then such import extended from border points of Uttar Pradesh and Uttara khand as well. Today, there are about a dozen points for such cross border transaction at 11 k V, 33 k V, 132 k V and even 400 k V. The Nepal grid is split into three grids likewise east-west, north-South and cross border.The 400 kV level grid in Nepal is under synchronous operation with the Indian grid. Although Power Exchange Committee had been the bilateral instrument for transaction of electricity between Nepal and India, both countries signed Power Trading Agreement (PTA) in 2015 that has become the principal bilateral instrument for cross border trading of electricity between Nepal and India.

PTA, in principle, envisages non-discriminatory cross border trading of electricity and opens door for transactions at larger volume. Although the post PTA trading has not reached its expected level but there have been optimistic volume increments in bilateral trading between Nepal and India. Nepal has also started exporting electricity to India during Wet season though a small volume only. That way post PTA period is acknowledged as period of achievements by Nepal in the context of cross border trading of electricity owing to gains in volume and direction of transaction. Nepal imported upto 847 MW from India during dry season of 2020-21 while upto 150 MW was exported during the wet season of the same year. In the year 2021, Nepal has got access to Indian Power Exchange where Nepal can exercise trading in the Day Ahead Market (DAM). Nepal has also got permission for six months since October 30, 2021 to sell 39MW electricity in DAM. Thus Nepal has been able register its formal presence in the India electricity market despite that there are few procedural and regulatory hurdles for full scale access to Indian electricity market.

500 k W electricity from Farping power house in 1911 could illuminate only limited houses in Kathmandu valley. Installation of more hydropower projects and diesel generators expanded the electricity service outside valley in due course of time. This expansion not only provided lighting but also supported to activities like cottage industries to ease the life of people. This contributed to socio-economic development also. Today 95% of the Nepalese population has access to electricity. Country was facing long hours of power cuts a few years back despite the imports through available infrastructure. The situation is not imaginable if there was no import during those supply deficit days. Cross border electricity trade is also supporting government’s plan for access to electricity to 100% Nepalese population by 2023. Possibilities of import are letting government to go aggressively for electrification. Availability of electricity is not only replacing the lighting through kerosene lamps but also substituting biomass fuel for cooking in rural areas and thus controlling the deforestation also. This also has positive impacts to control household pollution and associated health problems among the housewives. Now there are plans to substitute LPG being used for cooking in urban and sub-urban areas. This will further improve the use of electricity.

Adequate availability of electricity makes life easier through use of household appliances like refrigerator, washing machine, electric cooktops etc. The time saved so can be used in other productive works to improve overall GDP of the country. Thus availability of round the clock adequate electricity supported by cross border trading has contributed to and will continue to contribute for better life of Nepalese people and socio-economic development of the country.